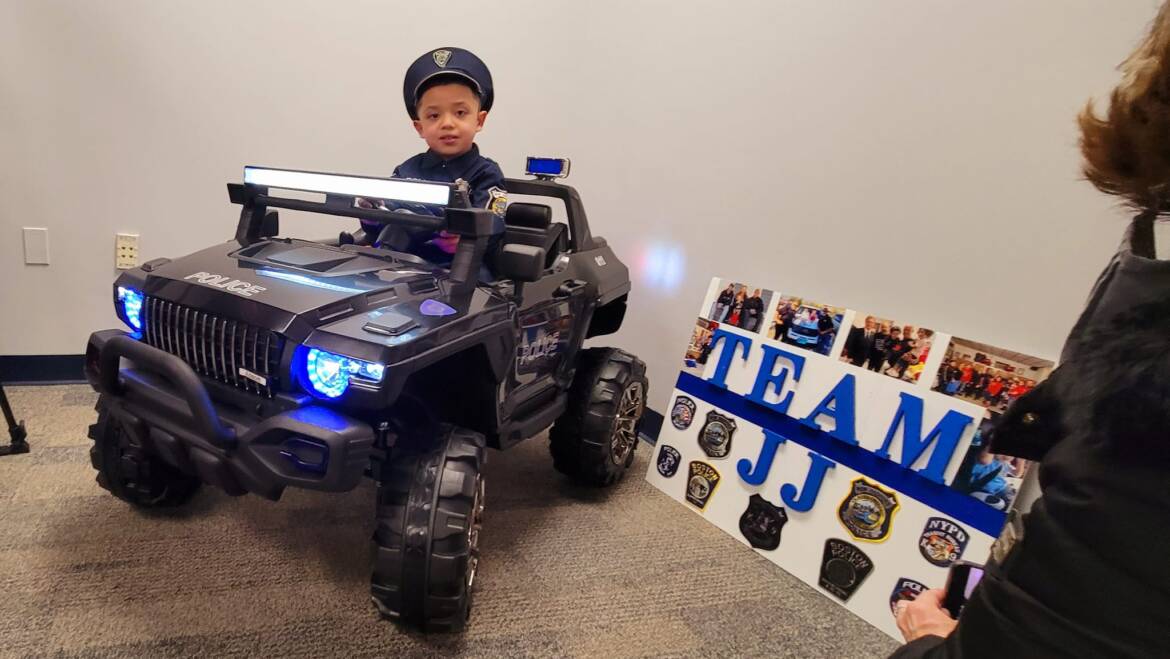 On Thursday, 6-year-old JJ Montalban had his honorary swearing-in ceremony at the New Bedford Police Headquarters on Rockdale Avenue. If you are not already familiar with JJ, he is a young New Bedford boy who is in desperate need of a heart transplant.

Ofc. Shane Harris and Ofc. Gene Fortes met the 6-year-old about two years ago and instantly formed a friendship with him. Ever since JJ had met Harris and Fortes, he had his heart set on becoming a police officer just like them.

Our officers helped to make JJ’s dream become a reality. After he was sworn in with his very own NBPD uniform, he even received his own police cruiser!

JJ has had six procedures done since he was born due to a rare heart condition that will require a heart transplant. He has been waiting two years for a transplant and has been given an 89% chance that they would not find a matching heart for JJ in time.

New Bedford Police officers have organized various fundraisers for JJ and have raised over $20,000 to assist in the costs associated with transportation to and from Boston.